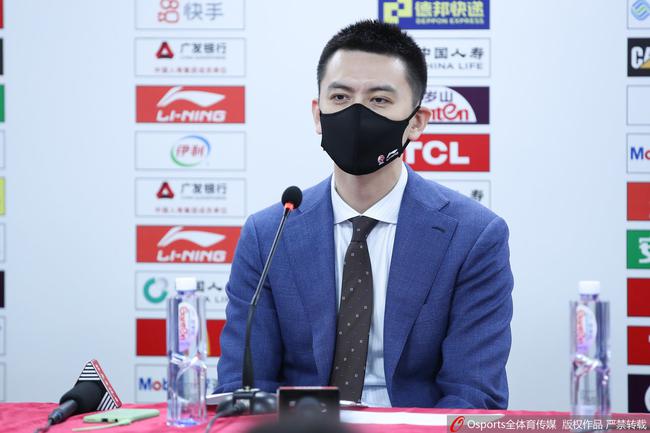 Beijing time on October 23, the third round of the CBA regular season, the Liaoning men's basketball team defeated Beijing Control 111-91.

After the game, Liaoning coach Yang Ming said in an interview: "I am not satisfied with this game, everyone is not hard enough. North Control lacks major generals, playing better than us. No matter what team you face, you must pay attention to it. If you don’t pay attention to it, today’s opening situation will appear. I hope that in the future the whole team will be fully focused."

Zhang Zhenlin said: "Although I won, I did not do well in some aspects. The defense was a little relaxed. We should be fully engaged from the first minute to the last minute. My personal defense did not do well and I didn't communicate well with my teammates. There are many mistakes."

Regarding the performance of rookie Wu Changze, Yang Ming commented: "His training attitude and game attitude are very good. This is the basis for cultivating young players. He is very involved in the game. After Li Xiaoxu and He Tianju were injured, his position is very important, not only Wu Changze, all the young team members have been inspected. I will give every young person a chance and give you the opportunity. Whether you can seize it depends on yourself."

Reporter Li Yinan revealed an interesting dialogue of the Liaoning team after the game-Liao basketball coach Yang Ming first said to Zhang Zhenlin who performed well tonight: "You are 4 of 4 from three points today."

In the end, Director Yang Ming said very funny: "I thought I was wrong."