Keown talked about the penalty Kane won in the first half of Tottenham vs. Brighton. He thought Kane's point-making action was dangerous, and he didn't think it should be a penalty. 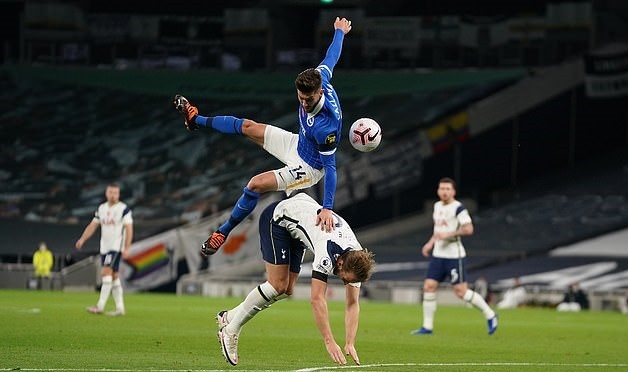 In the 12th minute of the game, Kane was brought down by Lallana near the penalty area line. The referee initially whistled a free kick outside the penalty area, and then passed the VAR to give Tottenham a penalty. Kane made a penalty. Keon commented on this: "The referee's performance in the afternoon was terrible, but this is Kane, I believe he knows what he was doing."

"He observed his opponent and knew what to do next. He walked to the position where Lallana took off and landed. I think this action is dangerous, I don't think it should be a penalty."

Crouch also expressed his opinion after the game: "Kane watched Lallana twice. He knew that Lallana was going to jump and fight for the header, so he could put his back on the ground. Lallana was thinking about fighting for a header."